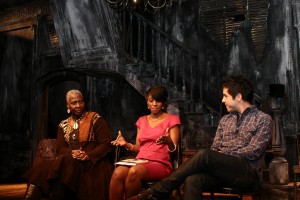 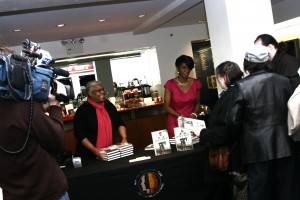 Three men are at a crossroads—a Jewish Confederate soldier who has returned from battle, and two former slaves, who were raised as Jews in his household. As the three men reunite to celebrate Passover, they uncover a tangle of secrets that might cost each man his freedom. Cheryl was invited to read from her book, “Die Free: A Heroic Family Tale” and participate in a rousing discussion about slaves & The Civil War era with the playwright and audience.

A booksigning followed and nearly every book was sold (Thank You Hue-Man Bookstore!)